The Cat Man of Brant

You can say you have just the mirror plus some cash, if you wish. Danys also has a bunch of mail and other items for delivery to Brant.

Yes, Bruce will go, if that's a definite instruction from you. Kilian told him to do what you said, so he will go on foot.

If so, what do you do with the coach? Turn around? Stop by the side of the road? Remember, if you can see the gate watch, they can see you.
http://stonetablebooks.com/product/the-ballyman-waits/
Top

I've come up with an even better idea! I think.

The coach will have just a human, a dwarf, a mirror, and some cash. The elves will hide in the pocket plane, and take all evidence they were in the coach with them. The elves will turn the "other side" mirror to the wall so the guards will be staring into a wall or tapestry/curtain opposed to being able to see the elves. Looking at what's in the pocket plane (aka the hidden room in Malgosbe), they'll move out a few torches, a tent, and the bear traps if they were moved to the pocket plane. Also, I'm not sure if any of the small chests have old and valueless clothes in them, but if so they'll get moved to the coach as well. In other words, random crap goes into the coach along with the mirror to downplay the existence of the mirror, and Denys becomes the UPS man. Is that a reasonable role for him, given that he's probably somewhat known in the area? He won't know how the elves hide, just that Freya will "take care of it."

I'm not entirely sure how the dwarf will bluff his way through the gate, but I'm thinking fast!

Here's the general idea: Bruce is acting as a mercenary guard on the coach while Denys does his mail run between the various towns. He's not getting paid, just trading guard duty time for a free ride to Colby or Naven to find work. He'll see the number of guards and not pick a fight. Tiana will also give Denys some extra cash in case he needs to bribe his way through. Does Denys+Freya think 10gp reasonable? He can keep whatever is unspent. If asked, elves were on the coach but left on foot outside of Nore, headed to Brant.

Hiding the elves themselves in the mirror is a very good idea. I might an intelligence roll for Tiana to see if she had thought of it before you saw the guards and she rolled a 20. So you have a mail coach with a dwarf in it, a mirror wrapped in cloth, and various other items to make it look like someone is moving personal effects to Brant via the mail system. Plus mail, of course.

Having a dwarf guard on a mail coach would be highly unusual. Better to claim him as a passenger, or that he gets out entirely and you leave the whole thing up to Danys.

Why are you saying the mirror is for someone in Brant, when you are going north?
http://stonetablebooks.com/product/the-ballyman-waits/
Top

Oh, good idea then. If Bruce is also unusual, into the mirror goes Bruce too! Whoosh!

I was thinking that dwarves are common enough but if not (or at least if not in hick towns like this) then they can all hide out. I hope Denys has a high CHA!

Originally, I wanted to name someone who I knew actually lived in the location I chose. Bruce knows other dwarves in Brant and could come up with a believable name, and the elves probably only know elves. I figured Denys' mail route is circular anyway and a delivery from Nore -> Brant would be Nore -> Dender -> Colby -> Brant. Denys obviously knows his route best, and he can fill in the details.

OK. So you are all actually in the dungeon, while Danys goes through into Nore! Cool.

You can't hear any creatures moving around out there. It all seems quiet.

Danys has a Cha of 10. Nothing special. His reaction roll is really bad (a 4), so the guards decide to rip him off and charge him 15 gp just for entering the town. They do not bother themselves with searching the caarriage. Their excuse is that there has been some trouble lately with violence in the town and that extra money is needed for the guards. He pays 5 gp himself. Please lose 10gp.

You have entered Dender, late afternoon, on the 19th. It is a bit different to Nore, more lively, more run down, and more varied. It's still not a big adventure setting, but it's not as boring as Nore.

Do you stop for the night, or go straight to the elvish trader, Ebba Liona? (I have decided she is female).
http://stonetablebooks.com/product/the-ballyman-waits/
Top

Tiana, upon hearing about the extortion, offers -- no, insists on paying the additional gold. 20gp lost. If Kilian were here, he'd be taking names for the future!

Danys was hired to take you to Brant. He was only doing a mail run there to earn extra cash for himself. He has no business in Dender at all (although he does sometimes come here on his regular mail run). So he will hang around for a couple of days if you want.

It seems as though you are intending to approach the elven trader this evening. You have his address, and arrive at what is a pretty nice house. You knock. He doesn't seem to be home. No lights are on. There are quite a few people around. The town does not actually seem that lawless, once inside. Especially in the fancy bit you are in right now. 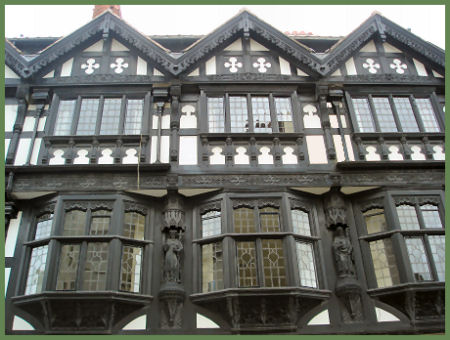 By the way, are you wearing your beards, and is Freya with you?
http://stonetablebooks.com/product/the-ballyman-waits/
Top

Beards yes, until inside. Freya yes, Bruce no.

20 gp as a thank you for being discrete.

There is no one at the trader's house. What do you do now?
http://stonetablebooks.com/product/the-ballyman-waits/
Top