by Longman
You are on the money with 'no trespassing.'

It's a note. Hand written, not too long ago.


The eagles watch you from the trees. They do not approach for food.

by Woe
One last wave toward the island and the party heads SW to explore (F13?) for the last hex of the day. Back to one person per watch. Tiana puts the note into her scroll case and marks the map with the date.

The eagles get to keep the meat snip.

Does anyone know where the Erin is?

by Longman
Th Erin is the other main river shown on the map, to the north.

You move out of the lake hex as instructed, and go into H13.

I'm going to give you 1EU for G13 this morning, 2 in the lake hex, meaning you have a full 3 left for your exploration this afternoon.

You do not have any further encounters or find anything in this hex. It is well explored. The eagles tail you some distance into the hex and then give up after about a mile.

Fourth night spent in the wilderness. You doing anything tonight or just camping as normal? No sign of humanoids.

by Woe
Light watches tonight -- one person watches, no snares, no fortifications.

If I got lost and am in H13, let me know. The party will need to move faster to avoid running out of food.

by Longman
No problem. I had actually read your post as moving into E13, H13 was my typo. We got there in the end...

You spent 3 hours in E13 in exploration, found nothing, seems quite safe.

The next day, pushing into D1, you soon come across an old burial mound. These are found in normal human territory as well, in place where farmer's haven't plowed them. No one know much about the ancient humans that made them. Most ones you know have already been raided. 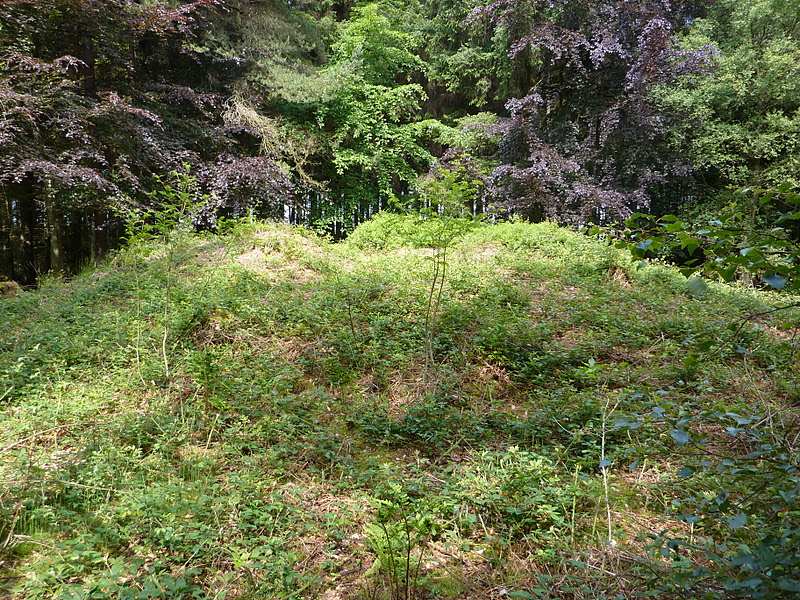 You might have missed this if it hadn't been for the dwarf who is good at spotting such features.

These things sometimes used to contain treasure and you've seen cool ancient jewelery from out of them. This is a pretty small one, though. Some of the others you've seen are much more impressive.

You can dig it up if you want, but you haven't really bought suitable tools with you on this expedition.

You do not find anything else much in this hex. There could possibly be more archaeological stuff as the dwarf thinks the old cairns and stone circles tend to come in groups. But, you'd have to spend more EU in this hex to find it.

by Longman
Incidentally you just see more forest and a few more hills to the south, when you climb up in these hills and get a look at the view. Full update when you are out of the woods.

Still no sign of goblin activity in this hex, or any other unusual trails either. Seems just to be wilderness.

by Woe
Can you help me out with how people in this world view looting of graves? Is it accepted, frowned upon, or blasphemy unto the gods and will cause poxes and locusts to consume all kin?

by Longman
(In terms of 'real' history, this type of archaeology is bronze age. About 1800 years before your era, probably more. Iron age stuff is more recent, but none of you would really know the difference.)

Most people wouldn't care at all that you looted this mound, or even know you'd done it, out here. Most of the similar sites in human territory have been looted by bandits, or, inadvertently plowed by farmers. A lot of the bigger cairns have been used as a handy source of fencing stone.

There are old human fairy stories about farmers who were "helped" by 'mound spirits, who were set free when these ancient mounds were disturbed.

The story goes that the 'mound spirit' would help the farmer with all kinds of work around the farm, but that the work would all be undone in the morning.

The elves think these stories sound like nonsense, the sort of thing lazy farm-hands make up to avoid doing their job.

Like I said, no one really knows who made these mounds or the standing stones either. You all just call them 'the old people'.

Looting an actual church graveyard or other holy relic site would be another matter. I'd warn you about that.

So, loot with impunity, if you want to spend the time. The nearby humans won't care. You'd have to find out if the old tales were true. The elves think they are rubbish.

by Woe
Ok. We will poke around a bit and see what we come up with

by Longman
You find the entry and dig away all the dirt and plant matter. The resulting hole looks a bit like so:

Freya trap searches and finds nothing. She (?) heads inside and fines several grave cists - holes in the floor with stones on top. In addition to bones, still complete, there are some grave goods -

There are 2 bronze armlets, 2 bronze axheheads and 2 bronze knives. The value is unknown to the historian. Best bet is probably to go Brant City where someone will value these for more than just metal value. That's where the other elf-mage lives, incidentally.

That's 4 EP in D1, including all the digging. Then you head into C14 which is an area that does see some periodic scouting by the rangers - not as frequently as the 'x' hexes, maybe once every 6 months or so. Talin has been here before, once.

You spend another 3 EP in C14 and find nothing. I'm giving you a long day.

That night, on an ordinary watch, you hear something a bit strange. Freya hear it on her watch. It's the sound of music, coming from up in the hills in what would be D14 if it was labelled (very south of the map). Maybe a guitar or banjo, a tambor drum, and a few people shouting.

If you do not investigate this, you are pretty much out of the woods tomorrow, although there might be encounters in B12 or B13 it is very unlikely. Those hexes see ranger action about once every 3 months.

Now that you know this, you can change your route to go up through the hills if you want. (D12, D11, etc.). Otherwise you are probably home.